PlanetScope imagery products are derived from three cohorts of satellites, with instrument IDs of PS2, PS2.SD, and PSB.SD.

Planet achieved Mission 1 after the successful launch of 88 Dove satellites in February 2017 and the successful launch of a further 48 Dove satellites in July 2017. This groundbreaking feat enabled Planet to image the world’s land mass, roughly 200Mkm2, every single day in 4 spectral bands: blue, green, red and near-infrared (NIR). As of August, 2021, Planet has been able to refresh all the original Dove satellites with the next generation of Doves. Planet keeps a near-daily cadence and has added four additional bands: green I, red edge, yellow and coastal blue.

The newest PSB.SD instrument consists of the next-generation “PSBlue” telescope with a larger 47 megapixel sensor and the same filter response as PS2.SD below, in the Red, Green, Blue and NIR bands.

The PSB.SD payloads extend this capability so that in addition to the four bands that are identical to the PS2.SD spectral bands below (Red, Green, Blue, and NIR), there are four additional bands. These additional bands are Red Edge, Green I, Yellow, and Coastal Blue. Red Edge is meant to be interoperable with Sentinel-2 band 5. Please refer to the table below in this section to see the absorption range for each band.

Please refer to this CSV for spectral response within absorption ranges.

There is a new, larger sensor on the PSB.SD payload, meaning that the framing of scene products are larger in both directions when compared to PS2.SD and Dove Classic scene products. Each frame consists of eight stripes, as seen below. In order to generate the final 8-band image, we stack together a number of consecutive frames on either side of a given frame. 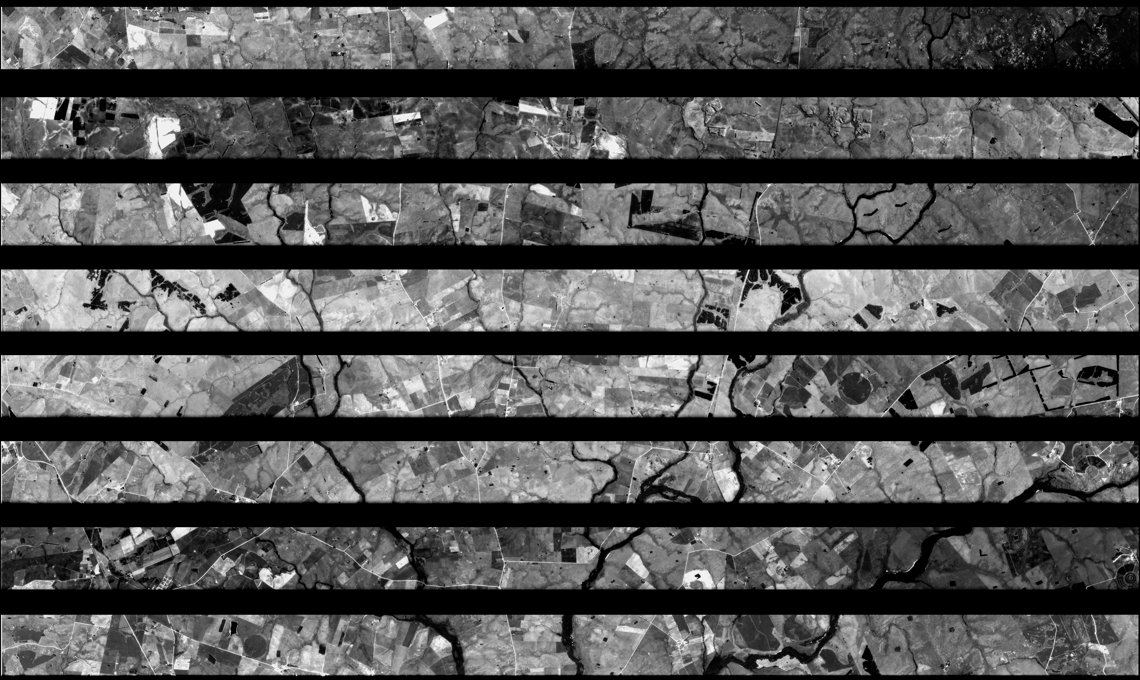 The PS2.SD instrument is composed of the same “PS2” telescope and the same 2D frame detector as used in PS2 (see below). The Bayer pattern filter and pass-band filters in the PS2 satellites have been replaced with a high-performance butcher-block filter. The PS2.SD filter is made up of 4 individual pass-band filters that separate the light into each of the blue, green, red, and NIR channels. The choice of the pass-band filters for PS2.SD match closely with, and are interoperable with, those of Sentinel-2. We’ve named this new instrument PS2.SD.

Each frame acquired by the PS2.SD instrument consists of 4 stripes, as seen below. In order to generate the final 4-band image, we stack together a number of consecutive frames on either side of a given frame.

The PS2 satellites carry instruments consisting of a telescope we call “PS2” paired with a 2D frame detector having 6600 pixels across by 4400 lines down. The detector has a Bayer pattern filter separating the wavelengths of light into blue, green, and red channels. On top of the Bayer pattern filter is a “2-stripe” filter. The top half blocks the NIR wavelengths, thus allowing only the blue, green, and red light to pass through. The bottom half allows only the NIR wavelengths of light to pass through. 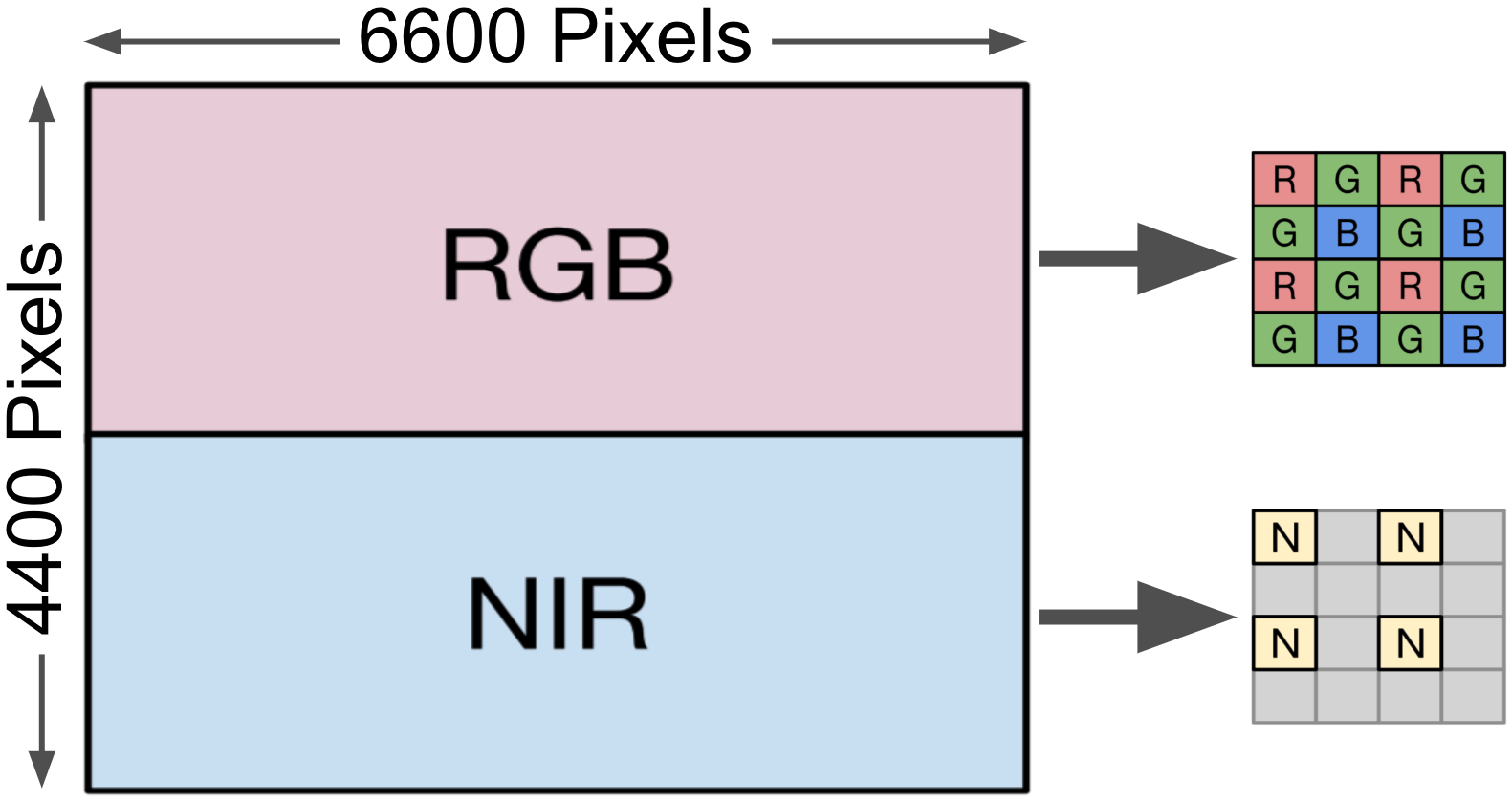 The result is that each frame acquired by the PS2 instrument consists of a top half that is an RGB image and a bottom half that is an NIR image (as seen below). The RGB half of each frame is then combined with the NIR half of the adjacent frame in order to generate the resulting 4-band image.

Depending on the scene product requested—3-band, 4-band, or 8-band—imagery can come back from a combination of different sensors. The following table provides the frequencies of the imagery returned from the three sensors.